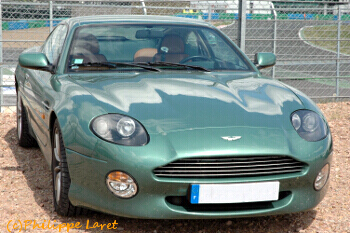 Aston Martin DB7 (code name NPX) was built from a base borrowed at the Jaguar XJS.
So that this project is viable, Aston Martin worked together with T.W.R. (Tom Walkinshaw Racing)
which was in charge of the design, the developement and the certification.
The last stage, for which T.W.R. was also responsible, was the homologation.
As for the design, Ian Callum (working at T.W.R.) took care to draw the lines of this new Aston Martin.
The DB7, of which the official presentation taken place in the Genèva show in march 1993,
was the first Aston Martin of the era Ford baptized by initials D.B.